A sweet neighbor gave us a basket of lemons from her sister’s lemon tree and they were really, really good!

I debated about what to call this, and I even took an informal survey on Facebook.  See, it has a secret ingredient that doesn’t belong in most drinks unless you are drinking bullet proof coffee.  So, I played around with several different names.

So, as promised, for my northern friends, this is called Hot Lemon Cider.  (I told you I would change the name for you!)

In a sauce pan, melt the butter.  Add the sugar and stir to combine with the butter.

Stir in the water and lemon juice.  Add the cinnamon sticks if desired.  Heat until hot.  Remove from heat and stir in the vanilla.

My children love this!  So do I!  But, if this isn’t for you, you can put on some Homemade Hot Cocoa.

Hot Lemon Cider is a delicious recipe that has a secret ingredient that makes it extra special. Come on. You know it sounds yummy!
Write a review
Save Recipe
Print
Ingredients
Instructions
Notes
By www.MommysApron.com
Mommy's Apron https://www.mommysapron.com/

How to Get a Great Start with Your Instant Pot

You have Successfully Subscribed! 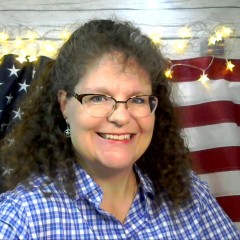 How to Get a Great Start with Your Instant Pot

Thank you! Please click the link in the confirmation email that you have been sent to confirm your subscription.

My Favorite Amazon Picks for You